The actress discusses her decade-long journey to creating The Eyes of Tammy Faye. 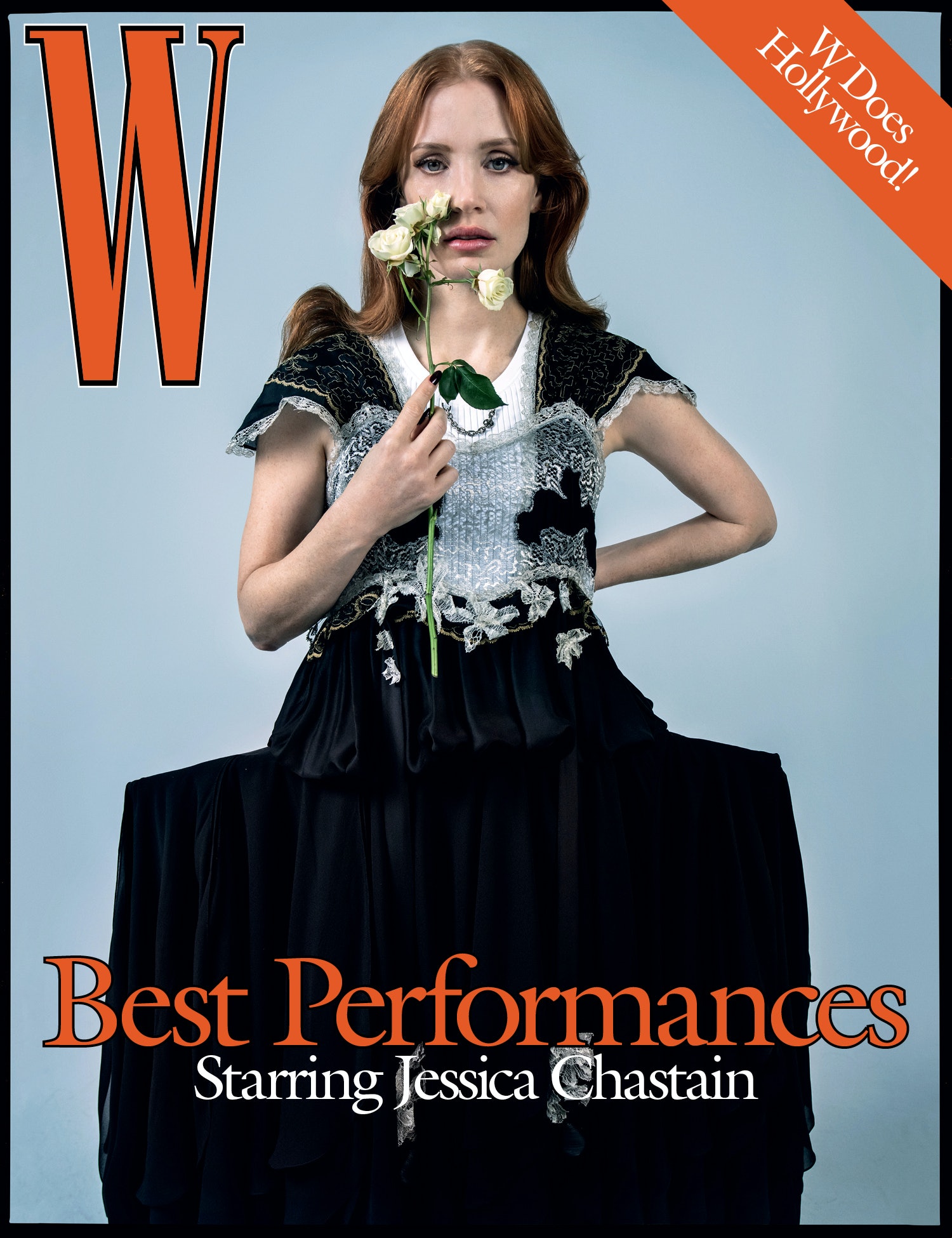 Jessica Chastain’s theatrical range knows no bounds—she’s played a fiercely protective wife and mother as Anna Morales in A Most Violent Year; the “epitome of grace,” as she puts it, in The Tree of Life; and most recently, she embodied the infamous televangelist Tammy Faye Bakker in The Eyes of Tammy Faye. For W’s annual Best Performances issue, Chastain reflects on almost 10 years of learning about Tammy and her approach to faith—while discovering some religion of her own along the way.

How did The Eyes of Tammy Faye come into your life?

I was on the press tour for Zero Dark Thirty, and I was jet-lagged in a hotel room somewhere. The documentary on Tammy Faye came on television, and I was blown away by her and the true story of who she was. I called my manager and my agent, and I said, “How do I figure out how to make a movie?” I got the rights in 2012, and we were on set shooting seven years later.

How did you bridge that gap between using information in the documentary and re-creating Tammy’s life in your own film?

I just wanted to tell her story so bad. And in fact, the documentary filmmakers were so sweet. They told me recently that on our first meeting, right before they gave me the rights to the story, they were like, “I don’t think Jessica could do this.” They’d been so supportive and given me hundreds of hours of unused footage from the doc. They absolutely took a leap of faith by allowing me to tell her story.

You completely transformed, physically speaking, to play Tammy. Did you do makeup or hair tests that made you think you could become her?

I didn’t do any hair-makeup tests before that point. My first makeup test was probably a month before we started shooting, and that was pretty stressful. Tammy has such a different face shape. She’s more square than I am. I’ve worked with makeup artist Linda Dowds on all of my films, and we’ve been talking about it for years—I studied Tammy for seven years. So, yes, we talked about makeup. We would find interviews where she would say the exact product she used. Always waterproof mascara, always. The only images of [her with mascara coming down her face] are from comedy sketch TV shows.

What stood out most to you about Tammy Faye?

I loved her heart. I saw the interview she did with Steve Pieters in 1985, and I was blown away. This is a time when the government wasn’t even talking about the AIDS epidemic; people were dying, and families were being torn apart because of homophobia. And no one really understands, because no one’s talking about what’s going on. Tammy went against the conservative evangelical community and brought Steve Pieters onto her show. He was an openly gay minister with AIDS, and she asked him about what it was like. And then she looked into the camera, and she educated millions of Christian followers on what it means to be Christian: that you love through anything. And that’s the way with Jesus. It is a radical act of love that we should be talking about more than her mascara.

Were you raised with religion?

I was not raised in the church. Actually, my mom was raised in Kansas in a Baptist church, which is the Jerry Falwell kind of religion. My mom was so upset about her upbringing and that way of looking at God and faith and grace—it was important for her not to raise us in a church. As I’ve become older, and probably Terrence Malick opened my eyes and my heart to understanding that faith is just love. Terry’s very religious. [Being in The Tree of Life] was educational. It taught me so much about humanity. If there’s one thing [in common] with Tammy Faye and with Terry, it’s unconditional love. Everyone, every single person, is deserving and worthy of love.

How involved were Tammy Faye’s living relatives in the making of this film?

I had the opportunity to talk to her children, and her daughter and her grandchildren came to set when I was filming the Steve Pieters interview. They’re continuing their mother’s legacy. Tammy Sue is a beautiful singer, and she sings the song in the ending credits. And Jay Bakker is a minister in his own right. He started his own revolution church, and he officiates gay weddings. I wasn’t interested in retraumatizing anyone.

I wanted to tell a story about healing and love and not be cynical. We live in such a cynical society. We love to make fun of things and make fun of the other, especially things that feel different. And sometimes also in cinema, we do that, and I really wanted to go, “Well, what happens if we look at her in a way that is healing?” I know that her family was very appreciative of that. And so is Steve Pieters—he came to the premiere in New York.

You worked on this movie for over a decade—and the movie you’re doing now, you’ve worked on for 10 years as well.

I’m doing the George Jones and Tammy Wynette miniseries. I got attached to that in 2011, and now I’m in an intensive of country music and singing—and wow. I have so much respect for what these people do. I did all the singing in The Eyes of Tammy Faye, and it’s stressful. I’m definitely not comfortable singing. And I realize as an actor, I put myself in situations that feel masochistic because I’m so uncomfortable. But then I also think, I’m so lucky to get to do what I do. It’s such a gift to have this job. So in some sense, it’s like my penance. I’m supposed to be uncomfortable. I’m supposed to do things that don’t feel good sometimes. It makes it worth it.