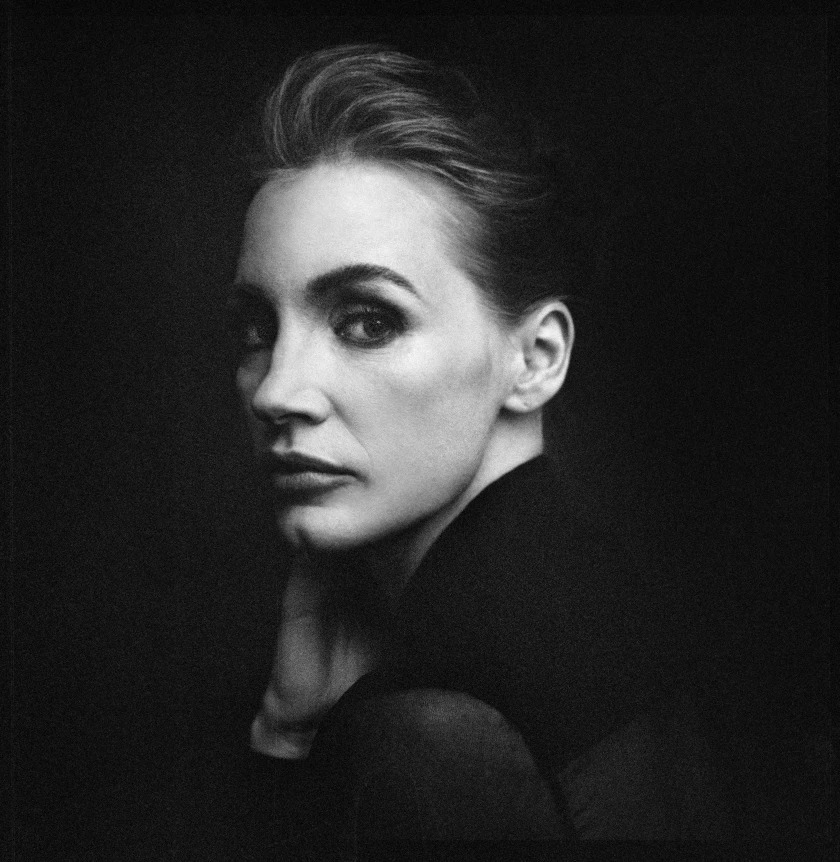 The first time Jessica Chastain saw the Tammy Faye Bakker documentary “The Eyes of Tammy Faye,” upon its 2000 release, she was an unknown actress for whom the idea of optioning the rights to an award-winning, Spirit-nominated film in order to produce and star in its feature adaptation was ludicrous.

“My life was very different,” she remembers, calling from Nashville, where she’s in pre-production on “George and Tammy,” an upcoming Spectrum Originals/Paramount Network limited series that will see her take on another iconic Tammy: Wynette. “Back then, I just watched films for pleasure.”

But when Chastain saw the documentary for a second time — during the press tour for 2012’s “Zero Dark Thirty,” her 13th movie, for which she received her second Academy Award nomination — her Hollywood currency was at an all-time high and Bakker seemed a welcome antithesis to the fictional, Osama-bin-Laden-hunting CIA operative she’d just portrayed. “She really was a woman who was able to look past any type of personal offense and hurt, and saw the hurt in others,” Chastain says of Bakker. “I just was really moved by that.”

Still, sitting down with the producing-directing team of Fenton Bailey and Randy Barbato behind the World of Wonder documentary to finally talk turkey, Chastain was met with two sets of raised eyebrows.

“Tammy Faye is like the patron saint of World of Wonder,” says Bailey today, over the phone from WOW’s Hollywood headquarters. “She’s everywhere. Her pictures and posters hang on the walls, so we think about her all the time. We frankly never imagined that Jessica could play that role. But her passion convinced us.”

Actually, Chastain wasn’t so sure of herself.

“If I’m doing something super easy, then I don’t necessarily feel like I’m challenging myself. It’s almost like I’m a masochist,” she says. “I am totally out on a limb. I don’t know what brings me there, but it absolutely isn’t this confidence that I can do anything. It’s ‘What right do I have?’ There are so many talented people who want to do this, who don’t get the opportunity. So what right do I have if I’m not putting myself in situations that are uncomfortable?”

That said, once she’d acquired the rights to Bailey and Barbato’s documentary, Chastain was in no rush to get the cameras rolling. “It wasn’t like, ‘I’m making a movie about Tammy in her college years, so I need to do it right now,’” she says, chuckling, adding that she first enjoyed being in producer mode — developing the script, choosing a director, contemplating casting options.

In between accepting offers to act in other films, she spent time studying Bakker by poring over hundreds of hours of unused footage Bailey and Barbato had shot of her, reading Bakker’s books, speaking with family members and others who knew and loved her, memorizing her prayers, listening to her records and learning to sing like her. Suddenly, seven years had flown by.

“I never felt ready,” Chastain admits. “There was always something to learn, and I was begging for more time.”

One day, Searchlight Pictures President David Greenbaum called. He wanted a green light or he was pulling the plug. “For theater, I really feel like I need someone in the wings to shove me onto the stage,” Chastain says. “I’m never like that with film.” But here she was, so filled with terror that she somehow needed to be pushed off Mt. Tammy Faye.

That’s how Chastain finally found herself on set for the feature adaptation, also called “The Eyes of Tammy Faye” — still so unsure of herself, and confessing today that it was a heady cocktail of factors that made her so apprehensive. Certainly, she wanted to do right by Bakker and her children. But was Chastain also perhaps pushing herself so far out of her comfort zone that she was playing into some of Hollywood’s most misogynistic hands?

“In our industry, we celebrate men for taking huge risks, wearing prosthetics, having an accent, doing things that are so not them,” she says. “But because women have been valued by how they look … we haven’t really liked women to deviate from that. I just felt like I was playing into this situation where I was making it so easy to be ridiculed. I felt like I was putting myself in front of a firing squad. I think that’s where the fear came from.” 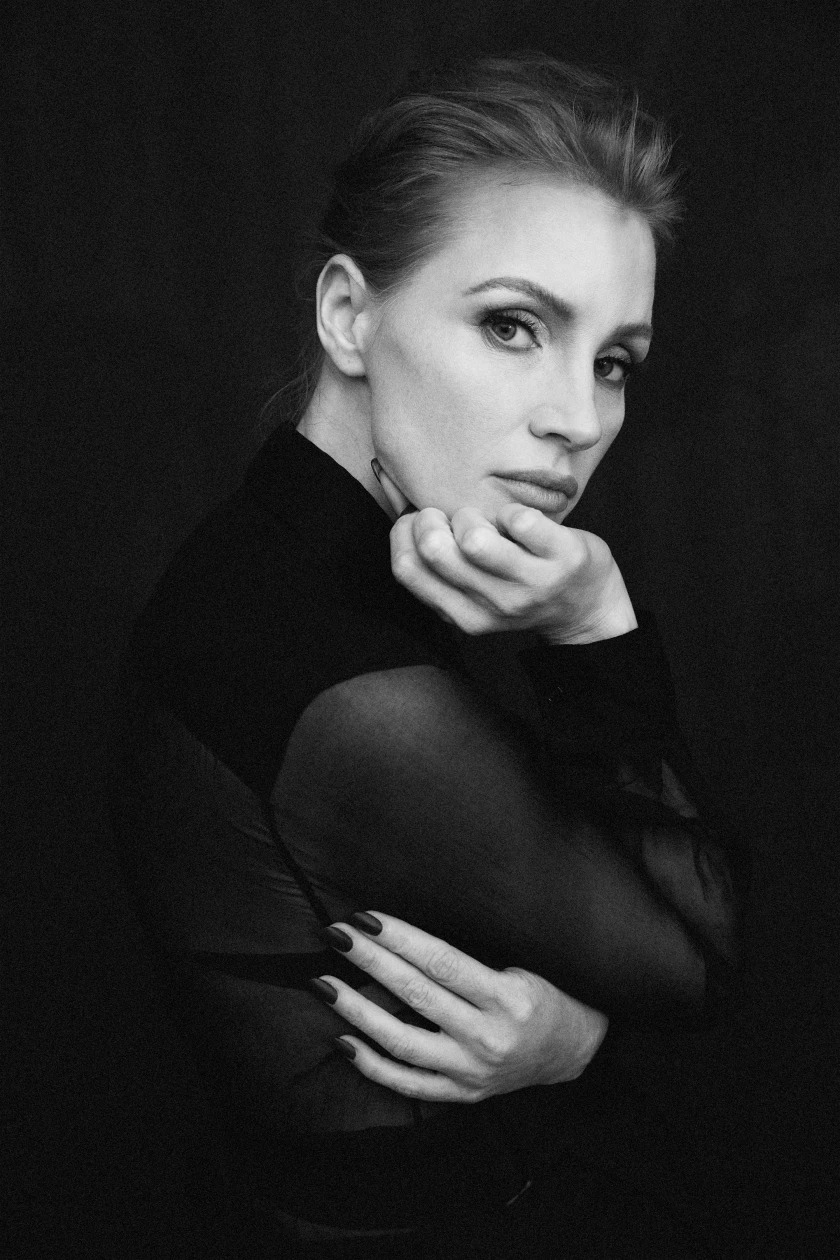 Add to this the fact that, despite working with longtime, trusted colleagues such as hair department head Stephanie Ingram and makeup department head Linda Dowds — aided by special makeup effects creators Justin Raleigh and Greg Cannom, plus prosthetic makeup sculptor Brian Wade — Chastain worried that all the added physical layers required to complete the character might actually pose an acting problem. “When we put it all on, I just didn’t know what to do, because I just felt like I was encased,” she recalls. “How do you play someone who’s so open when you have a literal barrier?”

Thankfully, Chastain quickly grasped she could still use her eyes, voice and body to make the character shine through. “It was actually a great gift,” she says, likening it to the paradox where a person loses one sense only to find all others magnified. “It gave me more energy than I thought was humanly possible. And that was the key that opened up Tammy Faye, because she was someone who had more energy than was humanly possible.”

“She pulled off a complete transformation,” Barbato says of Chastain’s tour de force. “It’s not just the way she looks but the way she moves, the voice, the singing. Where the voice comes from within her throat. She nailed it.”

Yet what truly warms Bailey’s and Barbato’s hearts is that Chastain made the movie at all. “There’s something so misunderstood about who Tammy Faye was and why she was important,” Barbato says. “I’m super happy that Jessica helped the legacy live on.”

Chastain thinks back to watching the doc that started it all, being particularly moved by Bakker’s determination to become the first evangelist to interview an openly gay man with HIV/AIDS on television. “Tammy loved camp, she loved silliness, loved to make people laugh. She was very goofy. I think, on first viewing, someone sees that, and they just write her off as this person who doesn’t really have any depth,” Chastain says. “No one ever talked about what she did in 1985 with Steve Pieters’ interview. I just felt that was unacceptable and needed to be corrected.”