Welcome to Adoring Jessica Chastain, your online resource dedicated to the talented American actress JESSICA CHASTAIN, a two-time Oscar nominee. Maybe you can know her from the roles that led her to be an Oscar nominee, The Help and Zero Dark Thirty, or from more recent movies like Molly's Game, X-Men: Dark Phoenix, IT Chapter Two, Ava, among other incredible films. Please, visit the About Jessica section if you are new to her world and want to learn more about her career. The aim of this fansite is to bring you the latest news, photos, videos, and everything related to Jessica. And if you like everything you see here, please make sure to bookmark the site and come back soon for more updates.
Comments are off
Appearances & Events

EW reunited the Juilliard Drama School alumni with founding faculty member Moni Yakim, who is the subject of the new documentary, Creating a Character: The Moni Yakim Legacy. 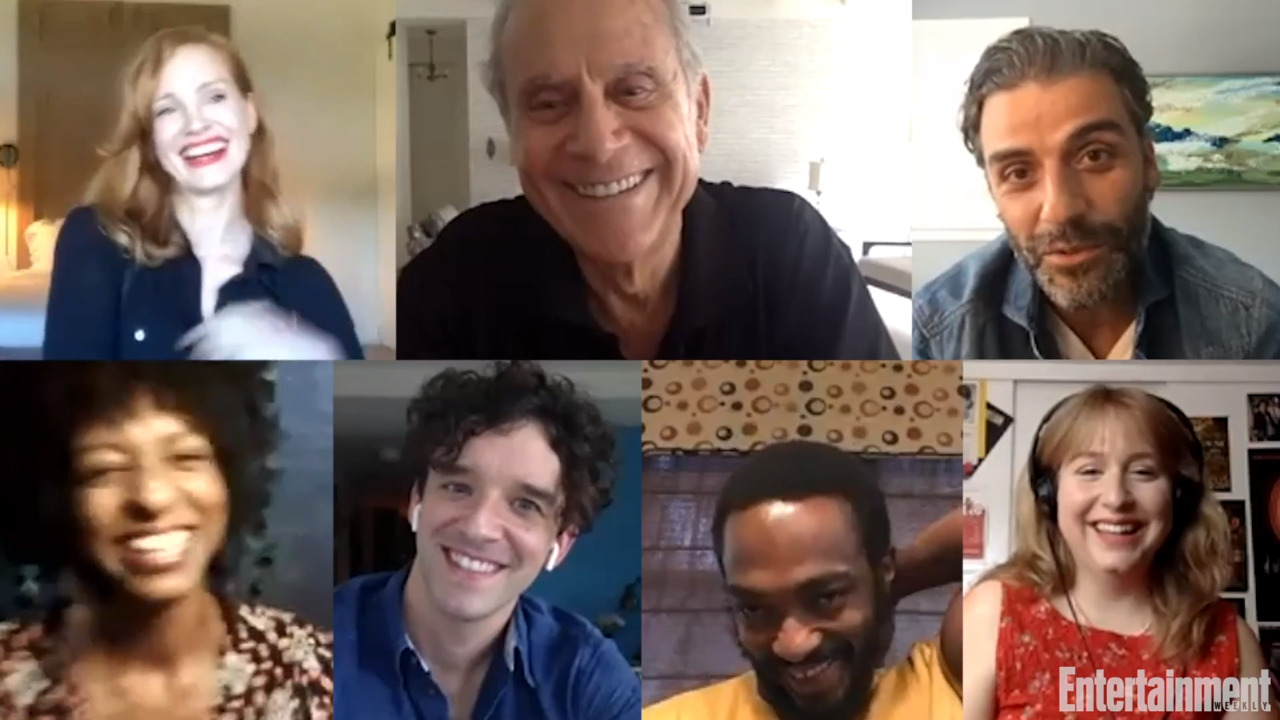 What do Oscar Isaac, Kevin Kline, Anthony Mackie, Jessica Chastain, and Michael Urie all have in common?

Besides being great actors, they all studied at Juilliard Drama School under founding faculty member Moni Yakim, who is the subject of the new documentary, Creating a Character: The Moni Yakim Legacy, which is now available streaming in virtual cinemas. In honor of the documentary, which was produced by Kali Wilder, Alma Har’el, and Boaz Yakin, EW staged a  virtual school reunion.

We gathered Isaac, Kline, Mackie, Chastain, Urie, Wilder, and Moni Yakim himself to reminisce about their time together at Juilliard, how the lessons they learned from Yakim continue to shape their work daily, and why they still consider him an invaluable resource when trying to hone performances in everything from projects like Inside Llewyn Davis to the Marvel Cinematic Universe.

“I have had a very parasitic relationship with Moni ever since coming out of school where I just any little trouble I have, which are many, I call Moni,” Isaac quipped. “One little thing can ignite Moni’s imagination, the eyes, the observation that you see and that ignites your passion and for me that’s been incredibly important, especially on those bigger movies, because it’s so easy to lose your curiosity in those situations and to take those things for granted and to feel like there’s not room for that.”

Kline summed up why all of the talent involved participated in the documentary and gathered for this roundtable. “I think teachers are, in general, under-celebrated and under-documented and should get a bit of focus now and then, especially when they’ve inspired a generation or two of performers,” he said. “What makes a gifted teacher gifted is curiosity — it’s that they have this gift of inspiring and I don’t know if it’s any more of a conscious effort than acting is for us.”

The reunion also serves as a fundraiser for the Black Arts Institute, which viewers can donate to here. Donations to the Billie Holiday Theatre for the Black Arts Institute supports students from across the country with partial or full scholarships to the program, which in partnership with The Stella Adler Studio of Acting, engages young theater artists annually. The Billie and Stella Adler Studio have joined arms to address voids that are still missing in many mainstream college and university theater programs and training programs: a curriculum and theater canon, a peer group, performance experiences, and administration and faculty that fully reflect the exquisite diversity of students of African descent.

During the roundtable, Yakim spoke specifically to his connections to famous acting teacher Stella Adler, while the others reflected on how to improve equity and diversity in theatrical training, an issue specifically addressed by the Black Arts Institute.

New photos from the movie “Ava”